What to Visit in Saranda

Saranda, with its amazing beaches, is one of the most beautiful seaside cities in Albania. Read on for an insider scoop on the best beaches, as well as some other attractions, in Saranda.

The road leading to this beautiful beach is a bit difficult, but it is worth it in every way. The beach is quite rocky and the water is clean and warm. With fewer tourists than other beaches due to the lack of bus service there, this is the most tranquil beach on our list. The beach is located near Ksamil, and is best visited during the summer. Enjoy snorkeling before visiting the beach-side restaurant known for its delicious and fresh seafood. It is great to walk along the embankment. There are various restaurants, seating areas and shops along the way. It’s a good way to get some exercise before visiting one of the local restaurants. 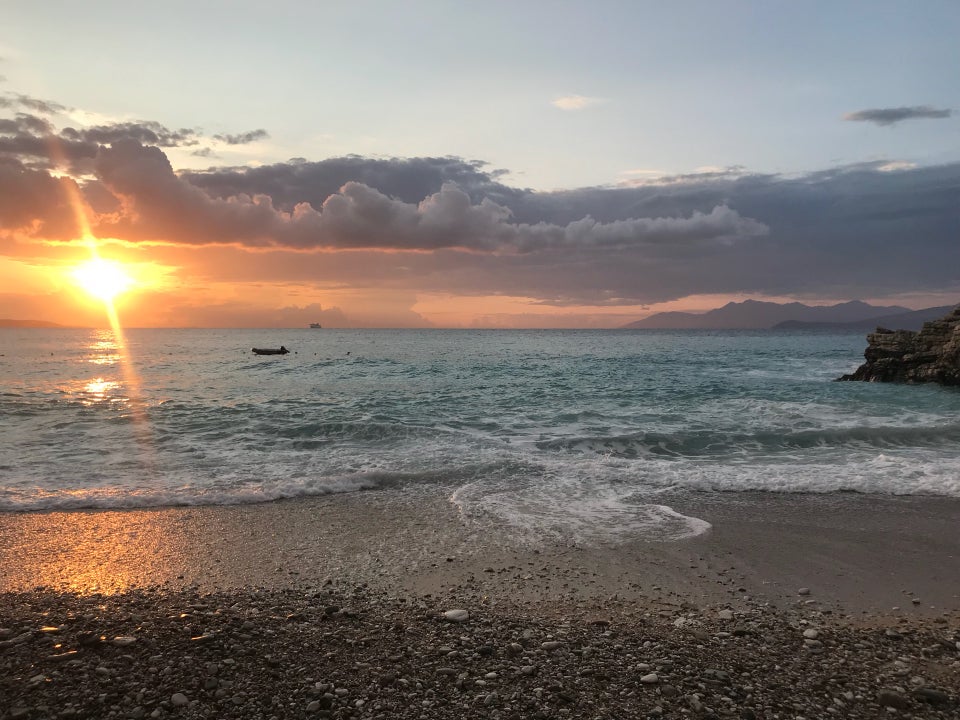 This pebbly beach also manages to avoid the crowds. The pristine water is surrounded by equally pristine nature, giving you the best of Albania in one place. If you want to see nature, a beautiful beach and eat good food, this is the ideal place. The price of the food is low and the quality is great. The restaurants staff are very professional.
It is important to know that you need a car or taxi to get there.
Tip: Bring water shoes. The beach is very rocky.

Visible from almost anywhere in Saranda, this ancient castle offers stunning views. It isn’t easy to find Lekurësi Castle, but once you find the small road leading upwards you’ll be on the right track. Relax with a few well-earned drinks after arriving in town, admiring the panorama of Saranda Bay to the north and Lake Butrint and the Butrint National Park to the south. The castle itself has been renovated but you can still see some of the old walls.

This is a scenic area located about 30-40 minutes from Saranda by car. It is a natural source of water which gushes up from an underground aqueduct in an almost magical blue/green color. The water is absolutely crystal clear. Look for the entrance sign to the left when you arrive.

Syri I Kalter (The Blue Eye) is thus known because the color of the water and its bubbling movement give the illusion of an eye.
The source is said to be 45 meters deep, but some claim that it is deeper than that. To get to Syri I Kalter, either rent a car, take a taxi, or go on a guided tour.
A taxi costs around 30 Euros round trip with a driver waiting for two hours. But a rental car is the most affordable since you can visit more places on the same day. If you go for this option, be sure to check out Gjirokastër and Butrint during your trip!

The Vivari Channel itself is quite beautiful. It connects Lake Butrint to the Ionian Sea and is full of small fish and a good place to spot waterfowl.

Built and then modified over a number of centuries, (the correct structure dates from 15th Century) it can trace its origins to the 4th Century with the Killing/martyrdom of 40 Christians during the persecution of the later Roman empire (and who were later canonised as Saints).

The Basilica church of three naves, (which dates from 4th to 6th century) measures 40×24 and too was rebuilt in the 15th Century.

Saranda, with its amazing beaches, is one of the most beautiful seaside cities in Albania. Read on for an insider scoop on the best beaches, as well as some other attractions, in Saranda.