Things to do in Gjirokaster

Defined by its roads paved with chunky limestone and shale and imposing slate-roofed houses, Gjirokaster is a magical hillside town. Immerse yourself in the local life while enjoying the castle with its views of the picturesque Drina Valley. Here are the top things to do during your stay in Gjirokaster. 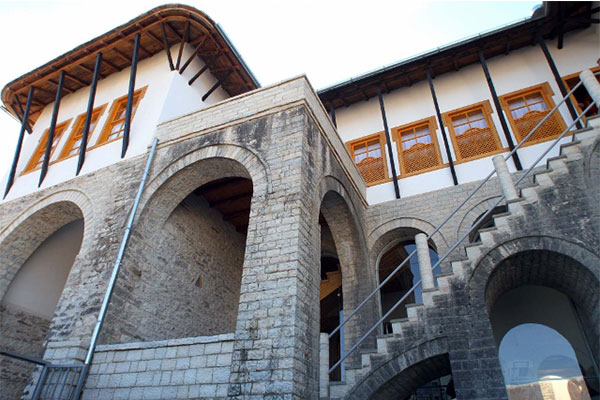 Visit the house of the most famous Albanian author, Ismail Kadare. Destroyed by fire in 1997 and recently reconstructed, the house offers several exhibitions demonstrating the work of this Girokaster local. The admission fee is 200 ALL.

Those who have learned of this Gjirokastër secret consider it a must-see. Unlike Tiranë’s bunkers which are now museums, the Gjirokastër tunnel is still in its original state. It is admittedly less academically informative than the former, but much more genuine. The tunnel takes about 20 minutes to walk through. The guide is knowledgeable and happy to answer any of our questions. The place is damp and cold so you need to be dressed appropriately, and a torch is good to have as many rooms are not illuminated. It costs only 200 lekë, and it brings an important period in Albanian history to life. The tunnels are empty but their atmosphere helps you to put the isolationist period of Albanian history in context. 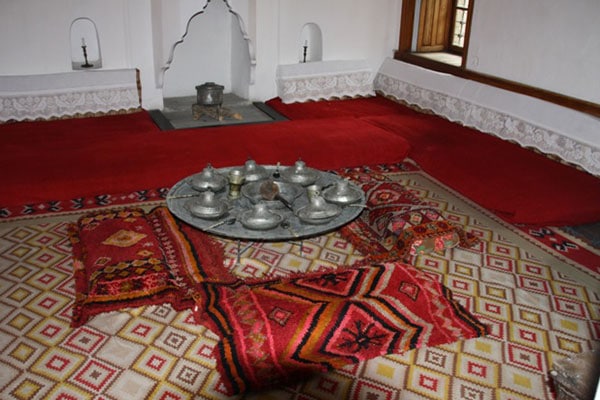 Not everyone knows that Gjirokastër is the hometown of the most famous Albanian man of modern history, Enver Hoxha. The former dictator of Albania was a native of this charming town. He grew up in a beautiful Ottoman-style house located in the middle of the old town. It has since been converted to an ethnographic museum that hosts a superb collection of local arts and crafts.

Before visiting this place you should consider reading Ismail Kadare’s “Chronicle in Stone”. This book helps set the house in context. Even without having read the book, this house gives you an insight into the traditional lifestyle and decor of the time. Built-in 1812, it is the oldest Ottoman house remaining. The owners of the house are the guides. It doesn’t matter if you are single or in a group, they will take the time to show you every room in the house, explaining their historical use. They are fluent in Italian and good at English. The admission fee is 200 lekë.

Spend time in the Bazaar of Gjirokastra

Up until the mid 20th century, Gjirokastra was an important market center for the western Balkans. It specialized in agricultural products from the region as well as leatherworking and woodworking. The combination of administrative positions and vast feudal landholdings provided the basis for the wealth of the town. By the 1580s, the town had more than 400 dwellings, impressive at the time. In the 17th century, the Ottoman governor laid out a new commercial quarter complete with a mosque. This first planned town center was almost completely destroyed by fire in the 1750s but was quickly rebuilt. Another fire in 1912 resulted in a further reconstruction. This reconstruction gave the opportunity to use steel beams to support the shop fronts in the place of traditional wood. Nowadays the area is the heart of the city with many shops, souvenirs, artisan activities, bars, and restaurants. 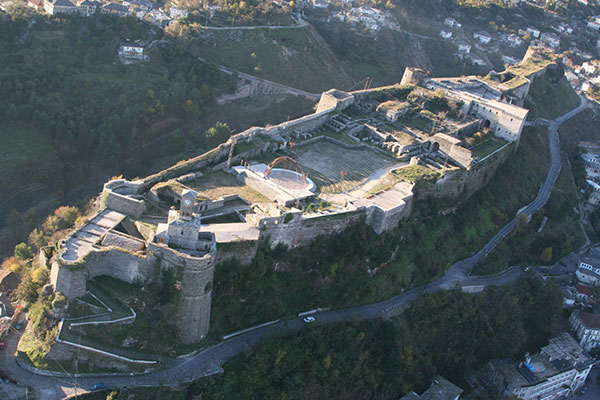 This castle has a rich history. In recent history, it’s served as a prison, first by the King of the Albanians, Zog I, then by the Nazis, and finally by the communist regime. Since 1971, it has served as a military museum. Visiting this place and viewing the dozens of war tanks, along with the United States Air Force plane that the Communists captured is free. If you would like to see artillery and memorabilia from the times of the Communist resistance against Nazi occupation, you have to pay an extra 100 or 200 lekë.

Look up the Skenduli House 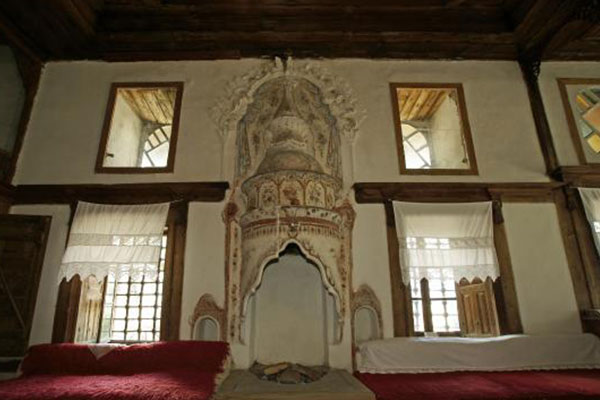 This 300-year-old house is the most well preserved in the city of Gjirokastra, and everything about it is original. The owner of the house, a descendant of the original owners, is a very knowledgeable and talented story-teller.

Drop-In to see the Army Museum 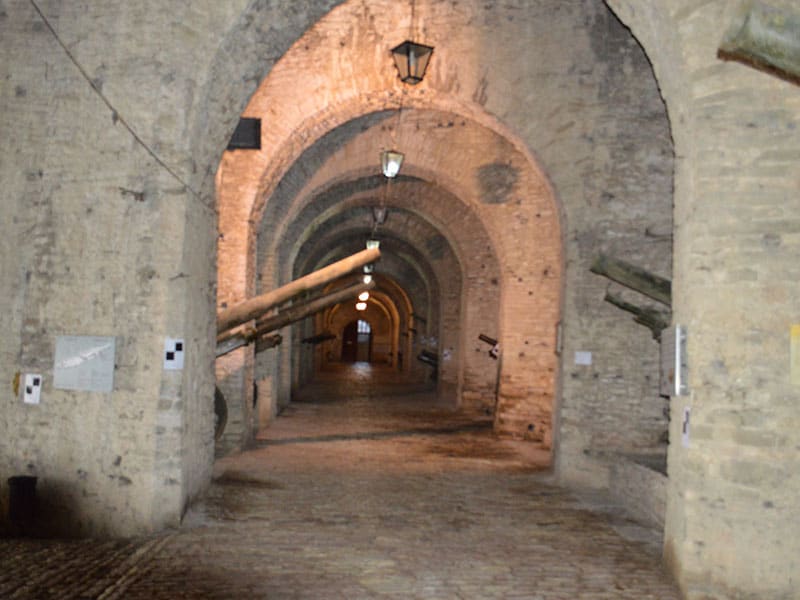 This museum houses photos of the partisan resistance against the Italians and a vast number of rifles and machine guns. All of the guns housed here were either abandoned by or captured from the Italian and German occupation forces during World War II. You can visit the cells where Albania leaders kept their political prisoners between 1929 and 1968. Within this gallery, there is also a small Italian tank built by Fiat.

Pay a Visit to Fico House 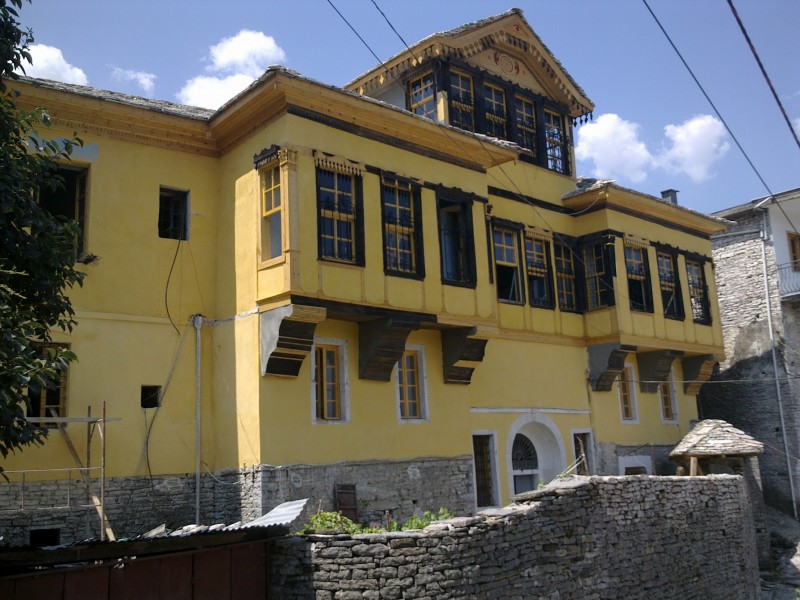 The Fico House is of special interest because it allows us to trace the evolution of the Gjirokastra-style architecture up to the beginning of the 20th century. The architectural treatment of this 1908 house showcases architectural developments of the time; the interior is simpler and the exterior is enriched with new elements compared to previous decades. The front of this unique house has two arched gates. Additionally, it is the only house in Gjirokastra which has elaborate wooden ornaments of the pediment and window frames. There is no entrance fee, however, the owners appreciate donations and contributions.

Drop by the Babameto House 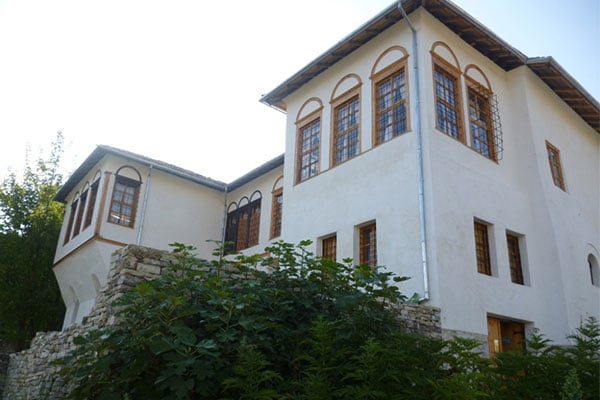 The Babameto House is an elegant 2-story house in the very heart of the Bazaar. It is, in fact, a combination of two buildings, dated 1885 and 1887 respectively. Each half housed a separate branch of a single-family. The symmetry apparent on the outside is not repeated inside. This itself hints at the influence of western ideas, with less emphasis on collective living. After 10 years of dereliction, the city restored the building in 2013. Open for the public, it is a good example of revitalization and the modern use of a typical Gjirokastra house. Babameto serves as a Centre for Culture and Heritage, housing culture and tourist events, as well as accommodating other events. The property is under the administration of the Gjirokastra Foundation. Entrance is free but a donation box is available for contributions.

Where to eat in Gjirokaster

The Barrels is a little vineyard in nature surrounded by grapes. It is 10 minutes away from the center of the city and has traditional Albanian food. The food is finger-licking good.  Meanwhile, the owners are very passionate about his work and he is willing to talk about his country with great love.

Odaja is a great traditional restaurant with homemade food. Everything here in this part of the town of Gjirokastra is freshly cooked. Moreover, the menu offers a vegetarian option too and you will really like this place and everything. The staff is really nice and helpful.

This is a little restaurant in a corner of Gjirokastra. The people that work there are very polite and friendly. Furthermore, the food is tasty, the drinks are wonderful and this place overall deserves a visit meanwhile in Gjirokastra.

The Kujtimi restaurant is a family-run restaurant situated in Gjirokaster’s historical center. Moreover, it is considered to be the best restaurant in this city and it definitely is! This is for several reasons: very delicious and tasty local cuisine, very friendly staff and affordable prices.

Visit Booking.com for good deals on hotels in Gjirokastër.