Tirana to Saranda (through Gjirokastra) Transfer

From Tirana to Saranda is an enjoyable trip along with the historical cities of Albania. However, on this trip, there are many things to do on the way. You can book the attractions we suggest and add some more minutes to your trip from Tirana to Saranda. 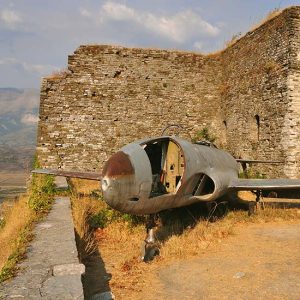 Gjirokastra, in the Drinos river valley in southern Albania, features a series of outstanding two-story houses dating from the 17th century. The town also retains a bazaar, an 18th-century mosque and two churches of the same period,” UNESCO says in its description about the city. Moreover, there is a historic castle overlooking the valley and the stone city.