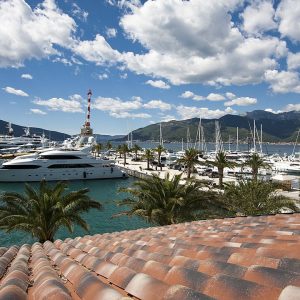 Tivat is a spectacular coastal town in Southwest Montenegro. It is a town in Boka Bay. It’s marine is house to extraordinary yachts. This city is walled and has alleys, posh stores, and cafes. It is a vacation destination for many. 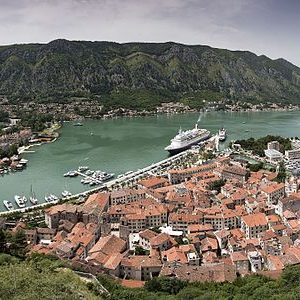 Budva is located in Montenegro. Back in the days, it was a quiet town, now is the Miami of Balkans, the main touristic city of Montenegro. Also, Budva is a town of outstanding beauty. The old town of Budva is more than 2500 years old. This part of Montenegro is one of the oldest in Europe. Moreover, the old town is considered as “the place to be seen”. In this tour of Budva, you can find from designer clothes to souvenirs to take with you as a memory. In the middle of the town is situated the Citadel. The castle of Budva offers outstanding views of the riviera. Soak up the amazing views of Sveti Stefan, one of the most amazing islets of Budva.

This town is one of the most attractive coastal cities of Montenegro and the old part of the city is the jewel on the crown. As an illustration of that, you will feel the Italian presence around the city as the walls surrounding the old town of Budva are of Venetian influence. Moreover, you will get to visit the museum of Budva, which is a gem as in it there you can find very important and informative artifacts.

Lake Skadar or Lake Scutari is the largest lake on the Balkan Peninsula. Moreover, shaped like a dolphin it’s tail and 2/3 of its body is located in Montenegro and the rest and its nose are found in the Albanian part. This lake is protected by the national park since 1983. The area comprises mountains, island monasteries, and lilies.

Rozafa Castle lays on a rocky hill on the west side of Shkodra city. The city has three rivers, Buna, Drini and Kiri. It is one of the most important castles in the whole country. Moreover, it serves as the main tourist attraction in the city of Shkodra. Furthermore, the Illyrian Queen Teuta used it as the base of her wars against the Roman Empire. Rozafa castle is a beautiful castle with a beautiful history behind it.

Built on Kir River by Mehmet Pasha Bushati during the 18th century. The bridge is 108 meters long and 314 m wide, including 13 stone arches is a must-see. The Mesi bridge is well preserved. It is worth the trip because such a bridge you can’t often see. Unique and 10 km from the city center. It is beautifully constructed and offers a vintage vibe. Moreover, the scenery it provides is very beautiful.

As the castle has been rebuilt over and over since year III-BC, you will still be able to see the Ottoman renovation that is in contrast with the Illyrian and Roman way of building. This castle is regarded as the biggest in Central Albania, built in Illyrian, Roman, Byzantine and Ottoman architecture.

The St. Anthony Church in Lac is a Christian church.  It is a very important place where people each year from May to June 13 follow the pilgrimage route to the place because it is thought to bring good luck. A church visited by Muslims, Bektasi and Christians from Albania and Kosovo. The first church to have all the main religions of Albania gathered in one place all together. A holy place considered by many as the home of saints.

This historic city is 608m above sea level and offers an amazing panoramic view. Kruja is located among mountain peaks and the grassy valley reaching down to the Adriatic coast. While the region has been populated since the 3rd century B.C, it was also home to the eponymous Alban tribe as well as Gjergj Skanderbeg, the national hero of Albania. The National Museum honors the Albanian hero is part of the great Kruja Castle and shows both the legendary hero’s history and the traditional way of life of the city’s residents. The city’s popular bazaar serves as a connection between this remarkable past and the present, offering a rich array of traditional products made from local artisans. Kruja has a long list of attractions to offer tourists from the ancient castle nestled in the craggy rocks, two museums, beautiful views, a nearby national park, holy temples, natural springs, the old city ruins of Albanopolis, and the traditional bazaar.

The mosaic was part of a Roman house since year 3 AD. The architecture is simple. Moreover, you can see things from centuries ago. Located in Rr. Mihal Ciko in the 21st December Neighborhood.