A geopolitical tour of Albania and Kosovo where we meet with locals, politicians, and historians.

We will hear from their personal accounts great stories.

We will explore the vibrant cities of Tirana and Prishtina. The colourful city of Tirana, and the newborn city of Prishtina.

Meanwhile, there we will experience the local hospitality and visit the well-preserved monasteries and churches of Decan and Peja.

Also, we will learn about the history of Albanians in Kruja and Prizren.

In the end, we will admire the Ottoman architecture and atmosphere of Gjirokastra and Gjakova. Both cities in different countries have the same style of Ottoman bazaars.

A geopolitical tour of two countries, Albania and Kosovo. Two countries that speak the same language, have the same traditions and culture.

Respect the same heroes and are separated by a border.

The history will speak for itself, you will learn what happened during the war in Kosovo. What was the role of Albania in the war.

You will learn about the history of Albania, the wars, why Kruja is of historical importance.

This tour is going to show you the other side of Albania and Kosovo. Two countries united by the same blood but different flags and the same love for Albania.

The group is welcomed at Mother Theresa Airport by our Tourguide and transferred to the hotel situated in the centre of Tirana.

Kruja was the most important town for the Albanians during the 15th century which withstood successfully to at least 3 major sieges by the Ottoman Empire. Next we drive to Durrës the main port of Albania founded in the 7th century BC. There will visit the amphitheatre built in the 2nd century AD by the Roman Emperor Trajan. The amphitheatre is considered as one of the biggest in the Balkan. In Berat we visit the castle which dates back from the 4th century BC and Mangalem quarter which has given a distinctive look to the town architecture.

Today we will visit the ex – Textile Mill “Mao Zedong”. which will help us understand better how the industrial cities were formed after the II World War in Albania. Next we continue to the archeological centre of Apollonia an important Hellenic and Roman settlement.

We start in Vlorë to visit the square where the Independence of Albania was proclaimed in 1912. Another interesting archaeological site which we will visit is the ancient city of Oricum dating back to 6th century BC. The site is located inside the Naval Base of Pashaliman, the most important one in Albania during the Cold War.

Today we travel to Butrinti Archaeological Site which attracts many daily visitors. The site is a very old settlement and very important one since the level of preservation there is amazing. Our next destination is Gjirokastra, a UNESCO enlisted site. Gjirokastra is called as well: The Stone City because of the way the houses and streets were built.

Today we will do a guided tour of Gjirokastra. The city holds another ancient Illyrian settlement. The Argjirin Tribe was the one to found the city around 4th century BC. Around 578 we see the foundation of the castle, which until the 12 century was a small one. Once the population of Gjirokastra grew in size it expanded beyond the walls of the castle. As a city Gjirokastra was founded around the 13th century. During the Ottoman Empire the city received the look it retains to nowadays.

Today we travel to Tepelena to visit the castle of Ali Pasha Tepelene who was the ruler of Pashalik of Yanina. Next we drive to Shkoder where will visit Rozafa Castle. The city once called Scodra was founded around the V –VI century BC. It was one of the strongholds of the Labeates tribe who lived around Shkodra Lake. In the entrance of the castle are still visible the ancient wall tracts where the acropolis was situated around the 4th century BC. Inside the castle you can visit the Museum, which holds some artifacts from the ancient period onwards.

Today we drive to visit the infamous prison of Spaç. The communism became an imposed Ideology in Albania after the II World War and it created a dark period for the Albanians who had to suffer in prison camps such as Spaç. In Kosovo we stay in Prizren tonight, a city full of character with a heavily influenced architectural look from the Ottoman Empire. Being a very important town during the Empire would create the perfect condition for a trading centre attracting many merchants from the Albanian lands.

Today we will travel to Gjakova and visit the Old Bazaar and Hadumi Mosque. The Bazaar even though heavily damaged during the Kosovo War in 1999 still has managed to retain some of its old look from the Ottoman Empire. The city of Gjakova was founded around the 15th century with the construction of Hadumi Mosque. Next we travel to Deçani where we will visit the 14th century old Serbian Orthodox Church which has an amazing level of preservation and is very active to nowadays. In the afternoon we reach the city of Peja.

Today we visit another very important Serbian Orthodox Monastery where most of those who serve there are Nuns. This church which dates back to 13th century is considered as the founding church that made Serbian Orthodox Church independent. Through the Nuns narration you will learn the history of the church and the Biblical foundations in greater details. Next we will be transfer to the village of Prekaz from where the war in Kosovo started in 1999.

This morning we be guided through Prishtina center where we will visit Kosovo Museum and the Ethnographic Museum. The next destination is Mitrovica the divided town between the Serbs and Albanians.

Free time in the morning. We will be transferred to Prishtina Airport for your departure flight. 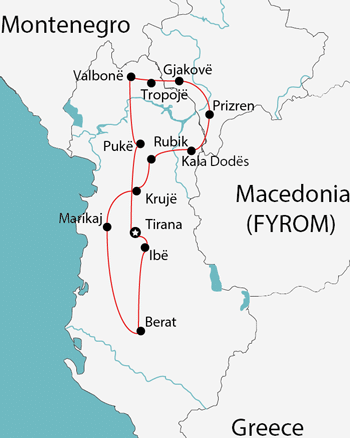 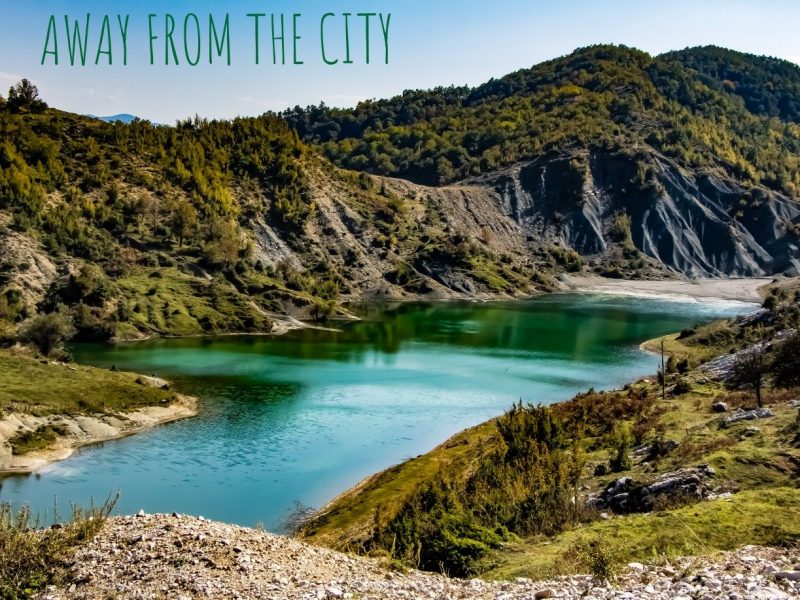 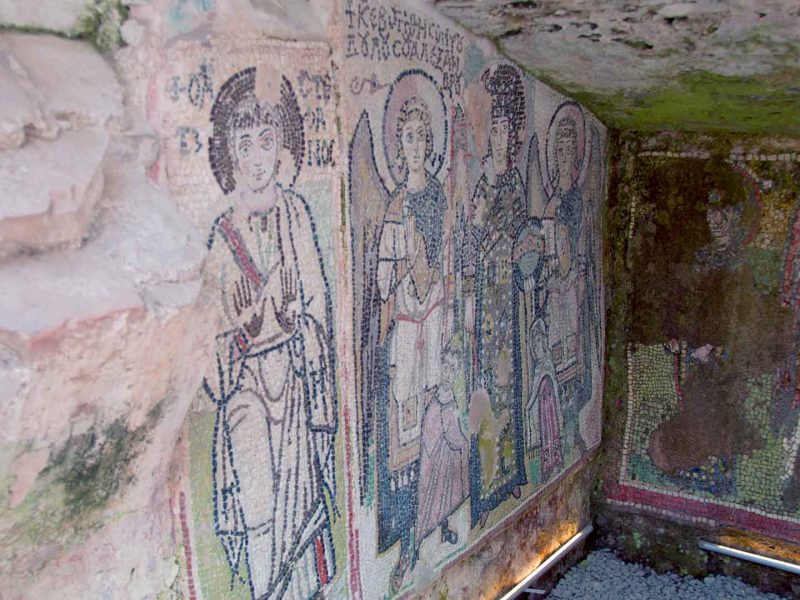