14 Fun and Interesting Things to do in Tirana 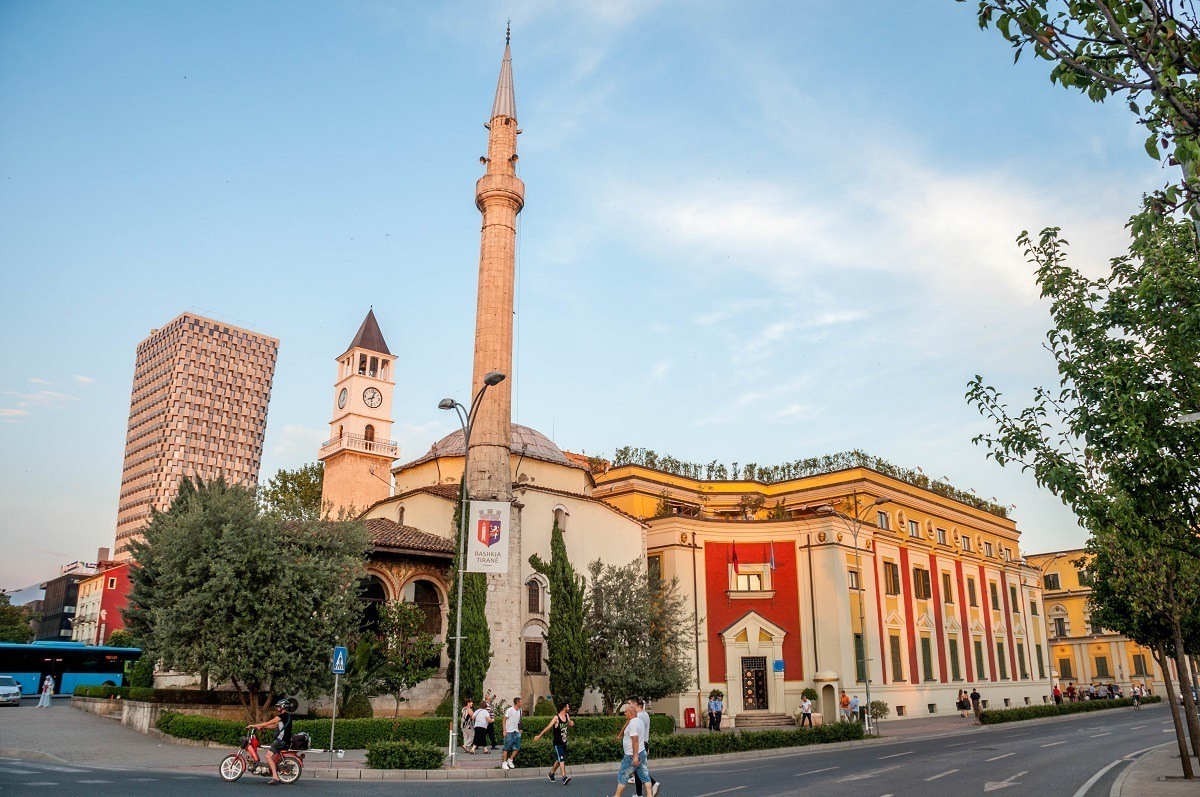 Founded in the early 17th century by Sulejman Pasha Bargjini, Tirana is the largest city in Albanian, as well as its capital. Tirana boasts a heritage dating back to the Ottoman Empire. It is surrounded by lush green hills, and its colorful streets are filled with many restaurants, clubs, historical sites and outdoor activities.

The pyramid was built during communism as a museum to honor a reviled dictator, Enver Hoxha. Enver Hoxha was a former Albanian leader who furthered the ideals of Stalinism decades after the Russian dictator died. Now, the cement is crumbling, windows are smashed and its walls are covered with graffiti. That said, the Pyramid of Tirana, located in the center of the city, has an emotional and political resonance that makes it difficult to destroy. 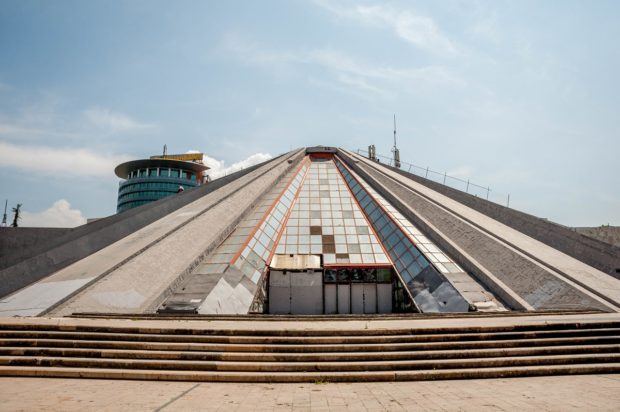 Recently the Municipality of Tirana, in cooperation with the American Albanian Fund of Development (AADF), decided to turn the Pyramid into a multi-functional centre for students who would attend courses about culture, art and digital services.

2. Hike Dajti Mountain and Enjoy the Views over Tirana

Mount Dajti towers above Tirana. Despite this, visitors can reach the summit by a 1-kilometer cable car which whisks visitors 800 meters up to the summit in only 15 minutes. At the summit, there is a network of trails for hiking, a traditional Albanian restaurant and a hotel. The views alone make this trip to the summit worth it.

In Tirana, it seems that all roads lead to Skanderbeg Square. Once you’ve been there, you’ll understand why. This main square, named after the great Albanian national hero, is the heart of the city. Commemorating this, a statue of Skanderbeg stands in the middle of the square. Tirana recently invested in restoring this iconic place. With an opera house and the National History Museum along the sides, this huge square is perfect for a stroll.

4. Learn about Albanian history in the National Museum

5. Walk through the Grand Park

This urban park is a great place for both children and adults to relax for an afternoon. Its many paths, natural scenery, and location in the middle of town makes it a nice escape from the bustle of the city. Even more, there are many restaurants scattered through the park as well as vendors selling all different kinds of items.

The Clock Tower is one of the city’s most photographed landmarks, especially when it’s illuminated at night. The Clock Tower goes back to 1822 when the famous poet Haxhi Et’hem Bey completed it. You can scale the tower’s narrow spiral staircase free of charge and take in the lovely vistas of Tirana’s city-centre. One of the curious features of the tower is its clock, which has been altered several times in building’s history. First, there was a Viennese design, which was replaced by a German-style timepiece. This was then destroyed during the Second World War. Following that, there was one with Roman numerals. However, even this one came down in the 70s in favor of the current Chinese clock.

In a city dominated by cars, this tree-lined pedestrian street is like a breath of fresh air. With lots of shops and restaurants, Toptani Street is perfect for a nice walk, shopping, or for buying local souvenirs. It is shady and cool, making it an excellent hideout on a hot summer day. Alongside the street, there is a Millennium Cinema. This minor attraction is from the 1700s and is a fascinating fragment of Tirana’s Ottoman history. These days it’s a humble stone pedestrian bridge, but it used to serve as the main route for farmers to bring their livestock into the butchery district. Although the city redirected the Lana River (which the bridge used to traverse, the bridge remains as a monument. Additionally, from the bridge you can see the 18th century Tanners’ Mosque.

If you want to see more of the Mount Dajti National Park, spend a day around the village of Pellumbas to the east of the city. Here you can take hikes and scramble your way up to a beautiful natural monument. There’s a trail from the village that meanders through the mountains for two kilometers before it reaches a cave packed with stalagmites and stalactites. It descends 350 meters into the mountainside. Actually, during the Second World War it served as a refuge for the villagers of Pellumbas.

10. Count the Bunkers and Stop at the Bunk’Art

Known as Bunk’Art, 24 rooms of a sprawling war shelter have been converted into a history museum and contemporary art gallery. This was the result of the combined efforts of the Albanian government and a nonprofit art collective called “Center Bridge.”

Inside this converted bunker are living quarters and meeting rooms, staged as they would have been during communism. In fact, the communist dictator Enver Hoxha, his officers, and their soldiers would have used this bunker as their base of operations. In the dictator’s own office you can listen to his voice on the era-appropriate phone receiver.

Bunk’Art is located on the eastern edge of Tirana in central Albania. It is generally open from 9:00 am to 4:00 pm. A similar experience, Bunk’Art 2 located in the center of the city, is also open for tours.

For more information, you can check their Facebook page or learn more about the history of the bunkers in Albanian here.

11. Walk the Ramparts of Preza Castle

Northwest of the city is 15th century Prezra Castle that stands high over the village of the same name. The feudal Topia family built and owned it. In its days the structure was an outpost built to defend the area against bandits. Nowadays, the pentagonal-shaped castle’s value lies in the tourist trade. It’s intact walls, towers and 19th century clock tower make this a vivid blast from the past. From the battlements you’ll get far-reaching panoramas over the fields surrounding the city of Tirana, as well as the mountain range beyond.

Be proud of your hometown. It's a big part of what makes you the person you are 🙏🏼 #prezacastle #tiranaalbania #sunset #photoshoot #alblandmedia 👈❤️❤️🌎

Overflowing with hip cafés and bars, this is the area of Tirana that will make you label the city “swanky.” Since Albania has very low prices, eating out here still totally fits in most tourist budgets.

The Block (or Blloku) is a trendy section of southwest Tirana filled with bars, shops, and restaurants. This area has always been home to Tirana’s elite. During the Communist era, high ranking party officials all had homes here. Now, the Block is where Tirana comes to party.

14. Take a Food Tour of the New Bazaar

Opened in 2017, Pazari i Ri (New Bazaar) is the new market in Tirana and one of the coolest places to visit in town. Historically, it was one of the worst areas of the capital city, but today it has turned into one of the hottest places to be. Don’t forget to take your camera and shoot some colorful pictures of the stands. After that, taste the local produce and buy some typical Albanian souvenirs.

Need a guide or a day tour from Tirana? Check out our day tours in Albania!